Should You Put LED Strip Lights Under The Cabinets In The Office Kitchen?

You wouldn't think of an office kitchen as a place that needs much care, other than keeping everything clean and in working order. But most office kitchens could do with some upgrades, and not just of equipment or furniture. Adding an LED strip light under the upper cabinets, for example, could help save energy and potentially keep the place a little cleaner.

Hopefully, your office is turning off the kitchen light when the room isn't in use in order to save energy. If not, since you want people to be able to see the moment they walk into the room, then LED strip lights could help a lot. These tiny bulbs use very little energy, and you can keep one lit throughout the day so that people entering the kitchen only to retrieve something don't have to turn on the overhead lights.

People May Still Forget To Turn Off The Strip Light, But LEDs Won't Use Much Energy

There is the risk that at night, when everyone's gone home, people will forget to turn off the LED strip light. However, it uses so little energy that it should not make much of a difference if it's left on for one or two nights. However, if you find that people haven't been turning it off at the end of the day, find out who is normally responsible for that (such as the after-hours cleaning crew) and remind them to please remember to turn it off.

People May Clean Up More

LED strip lights are bright enough that when you look at the area that they illuminate, you get a much better image of what's really there. There aren't a lot of shadows hiding dirt or stray packets of sweetener that fell behind a container, for example. With strip lights under the overhead cabinet, all of the counter is illuminated. It's a lot easier for people to see if they spilled something, which means there's a better chance the spill will be wiped up. Unfortunately, it doesn't automatically make people clean up, so if you have a kitchen slob, the lights won't help in that case. But most people will clean up what they spilled, reducing the chances of a pest invasion in the kitchen.

LED strip lights can be placed just about anywhere, and in a kitchen, under the upper cabinets is the most likely place. These help with visibility while keeping energy costs very low.

Reach out to an LED strip light provider for more information. 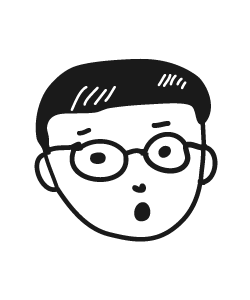 Hello! My name is Karl and this is my new blog. On this blog, I will be talking about the various ways in which you can grow your business. I should point out that I am not a business-owner myself but I do one day hope to be able to set up my own shop. In preparation, I have been paying a visit to various local businesses so I could find out how they operate and what makes them successful. I have learnt lots of very cool things which I would like to share with you. I hope you find my blog useful.

Should You Put LED Strip Lights Under The Cabinets In The Office Kitchen?
12 October 2022